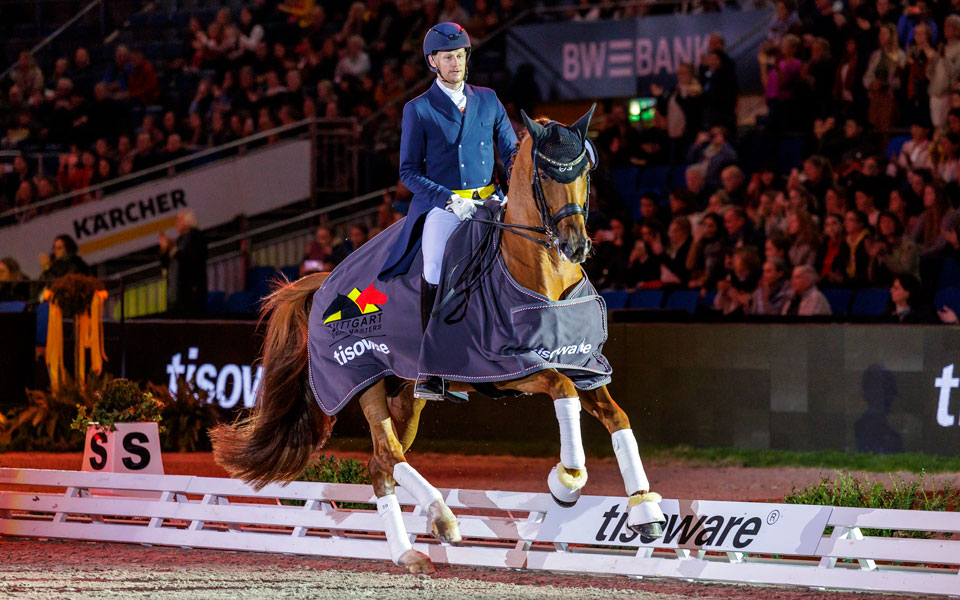 With Destacado FRH and Superb, the Otto-Lörke-Prize 2022 goes to two Hannoveraner. The prize for promising dressage horses up to the age of ten was ceremoniously awarded at the German Masters in Stuttgart.

Destacado FRH by Desperdos/Londonderry (breeder: Heinrich Gießelmann, Barver) has arrived at Grand Prix level. To crown it all, the chestnut stallion, who had already been awarded the Weltmeyer Prize two years ago, won the title of "German Dressage Master" in Stuttgart with rider Matthias Alexander Rath.

The ten-year-old Superb has also arrived in the top class. The Surprice/Donautanz daughter (breeder: Marion Gabel, Kreuzebra) competed in her first Grand Prix with Isabell Werth in Ankum in February and she won straight away. Wins and top placings followed in Hagen/GER, Mannheim/GER, Wiesbaden/GER and Aachen/GER. She found her way into top sport as the price leader of the dressage collection of the 132nd Elite Auction in Verden in autumn 2015.